Join BAYAN USA for international days of protest on July 17 and July 27 to demand the junking of the Anti-Terror Law, and the ousting of the fascist US-Duterte regime!

Duterte’s Anti-Terror Law will come into effect on July 18 in the Philippines (July 17th in the U.S.), essentially giving free rein to Duterte and his militarized government to label any organization or individual a terrorist for speaking out against the regime.

On July 27, Duterte will give his annual State of the Nation Address, where he will be sure to spew lies about the successes of his presidency.

The Filipino people will hold counter-protests coinciding with these dates to challenge the ATL online and on the streets, and to deliver a People’s State of the Nation highlighting the socio-economic crisis plaguing the Filipino masses, who are facing a dual epidemic of COVID-19 and state terror.

Stay Tuned for more information on actions and activities near you! 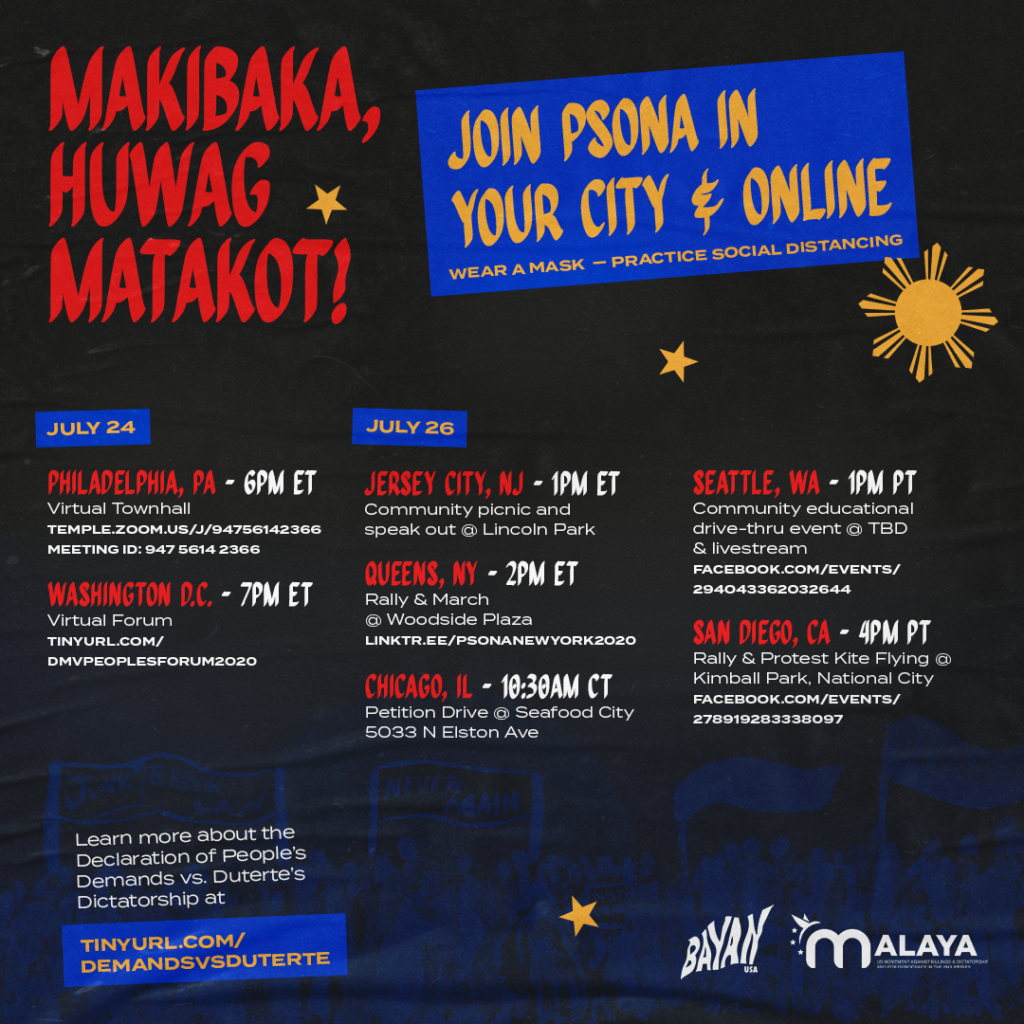 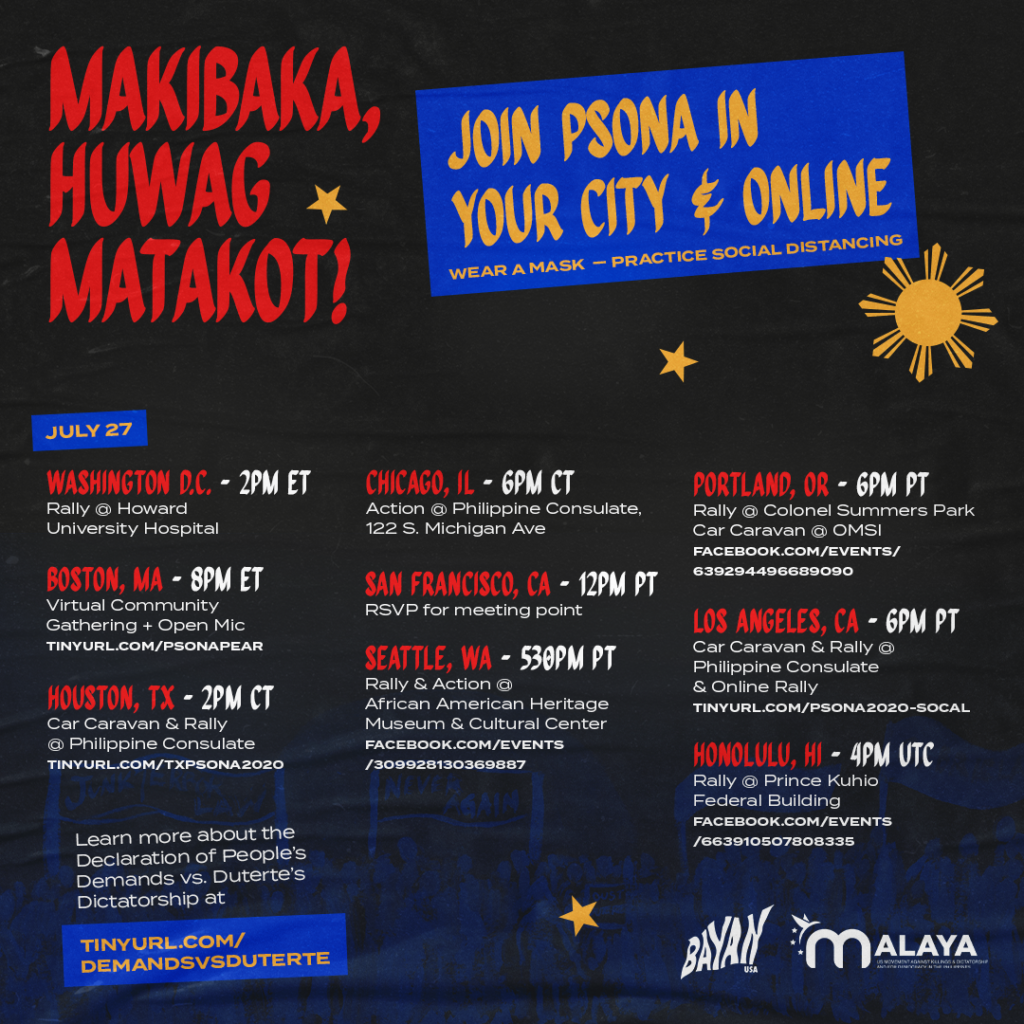 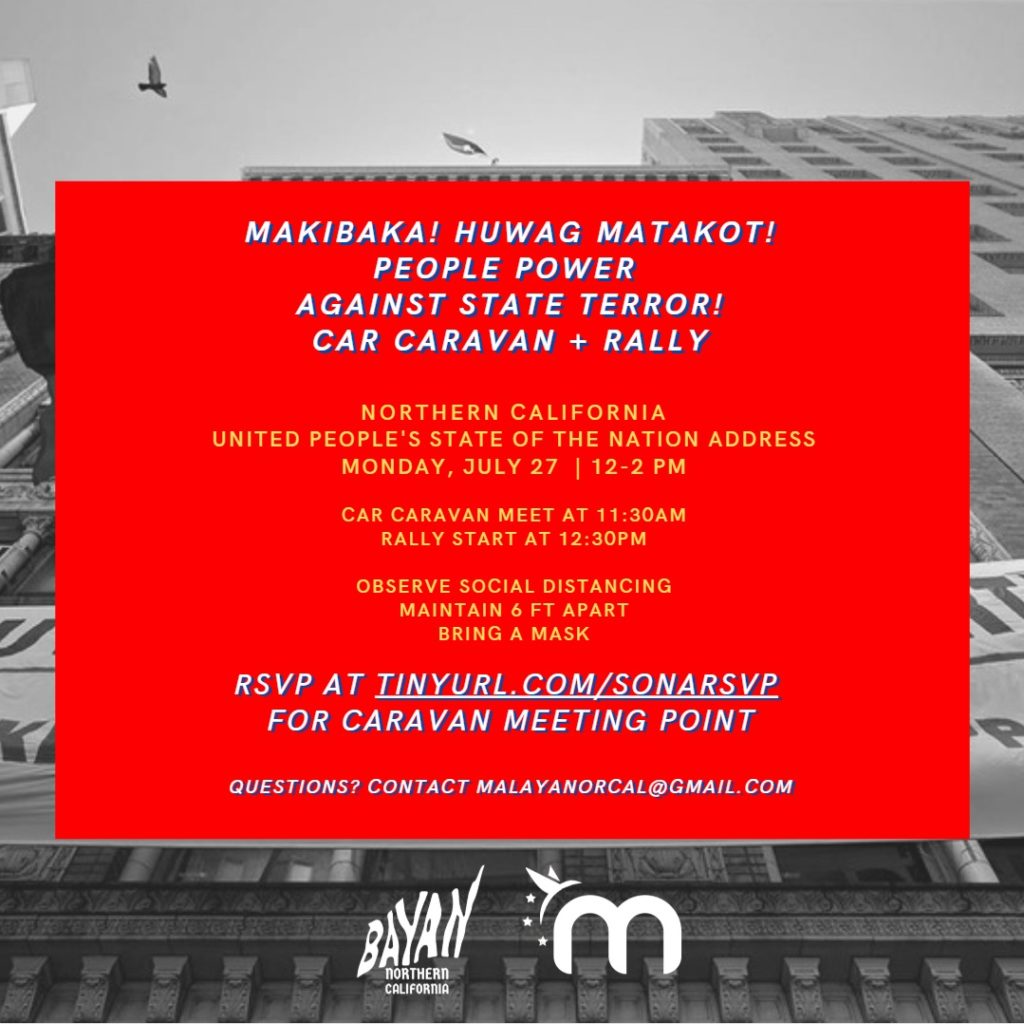 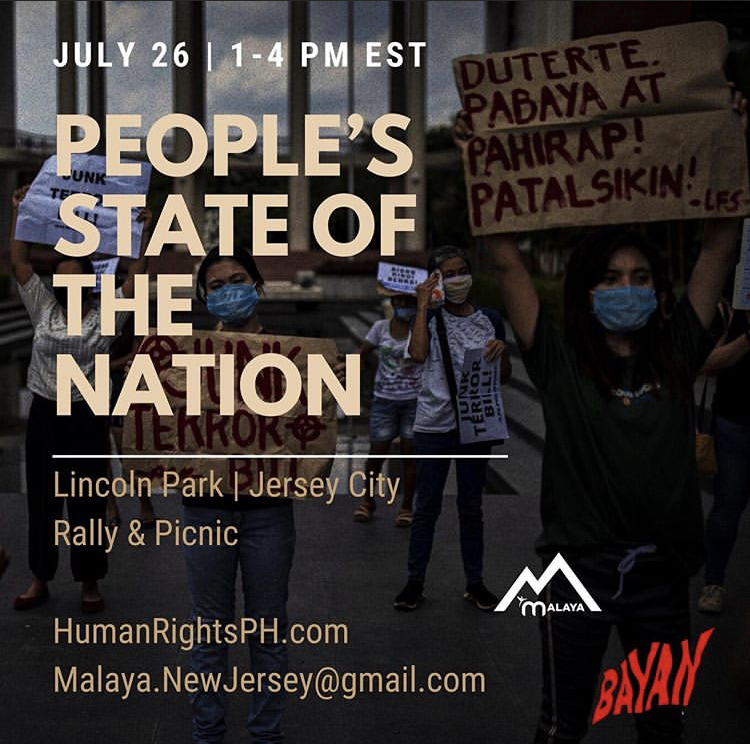 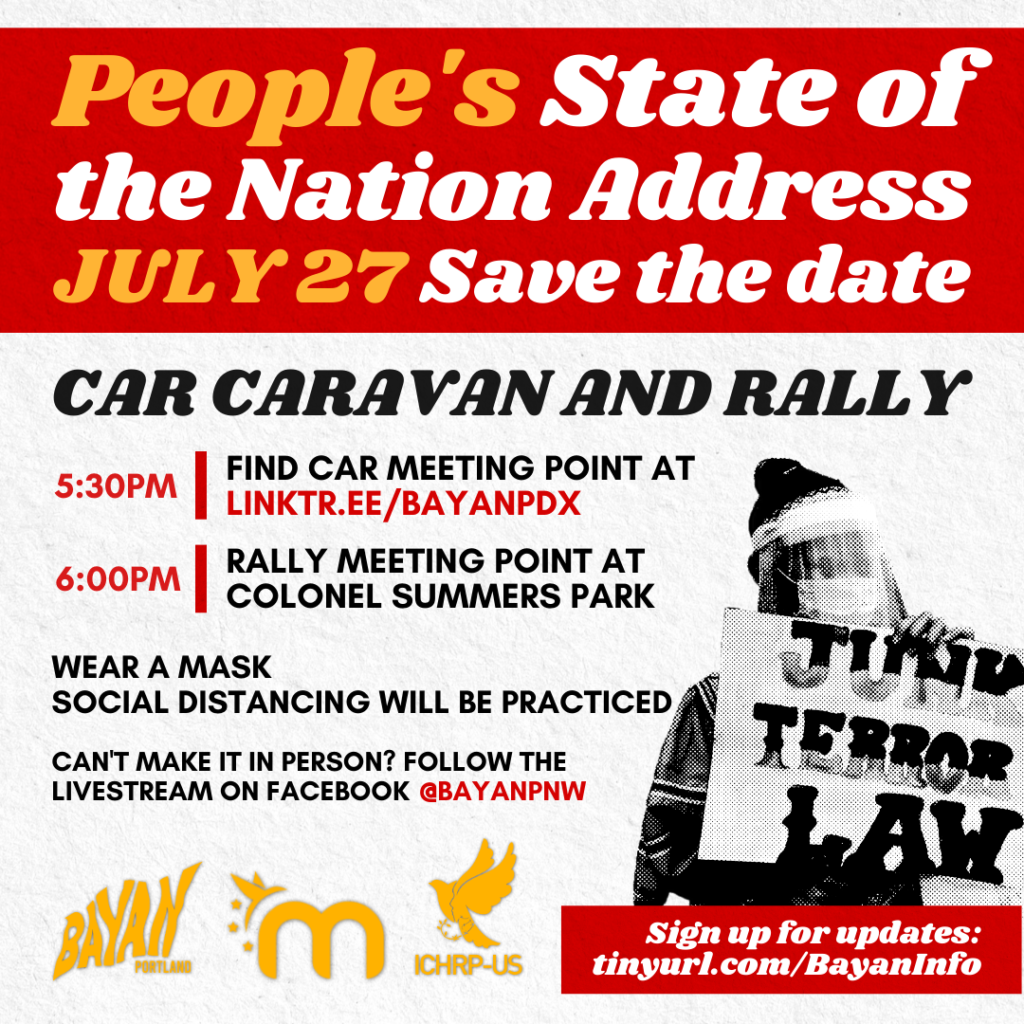 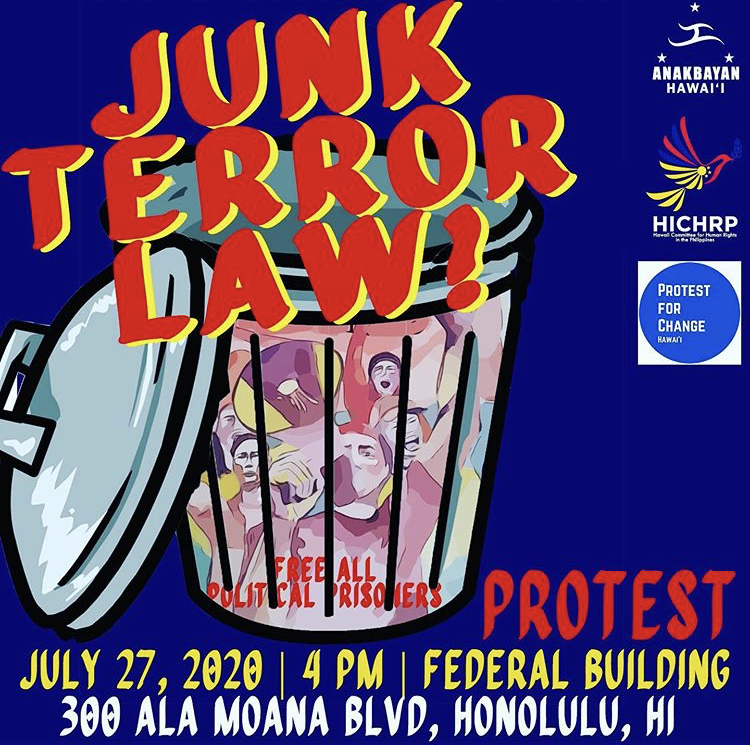 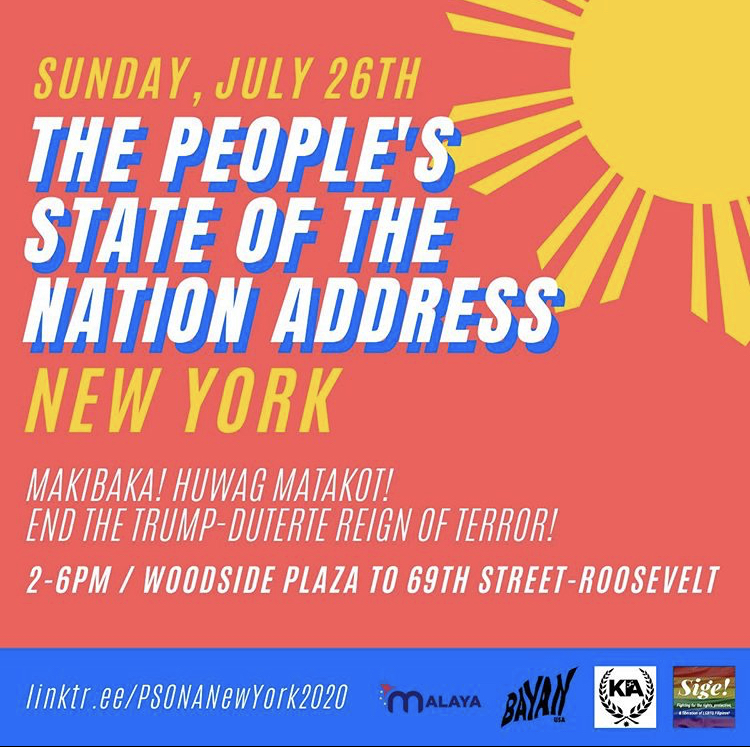 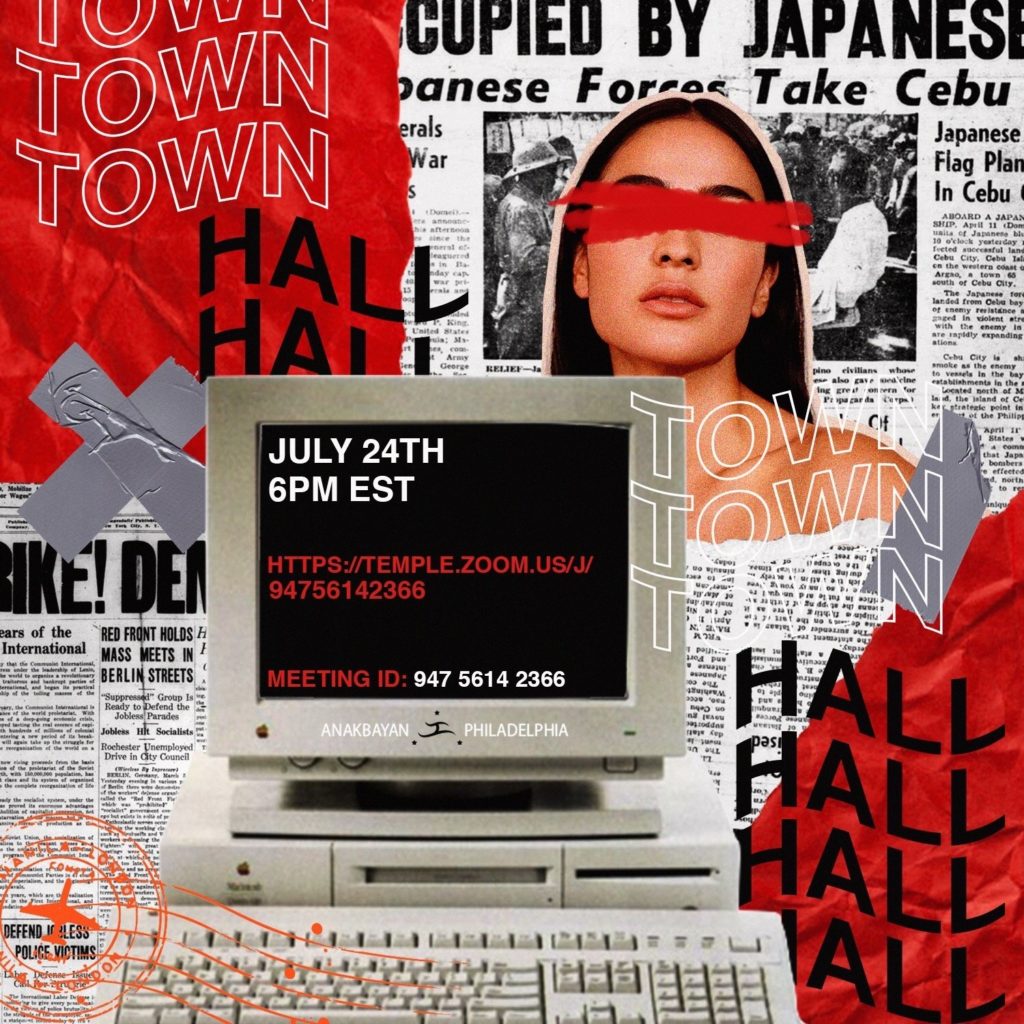 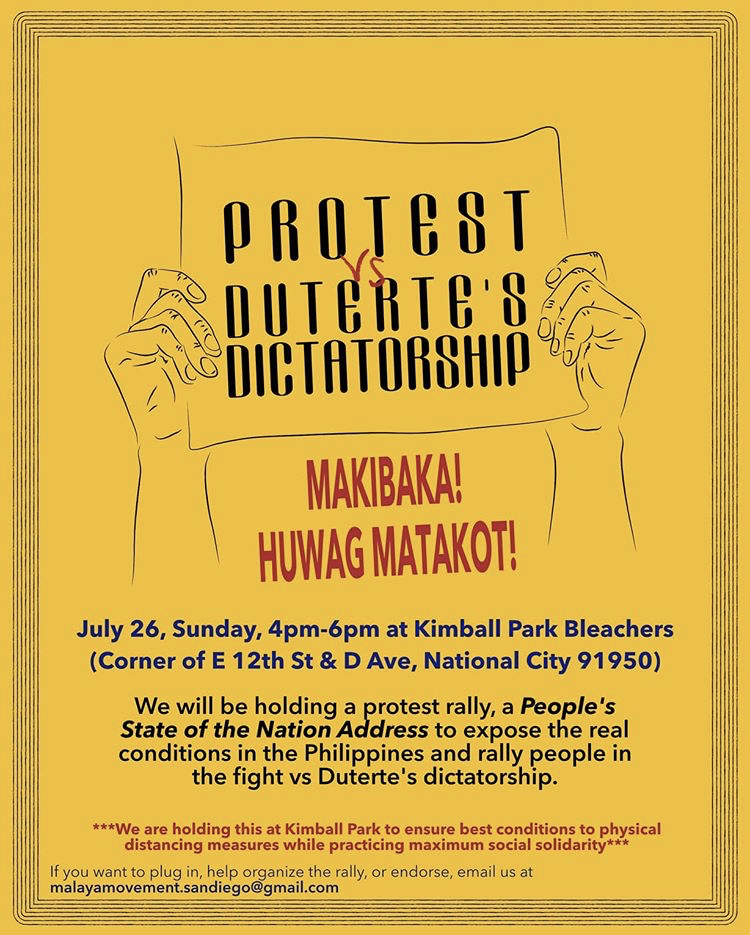 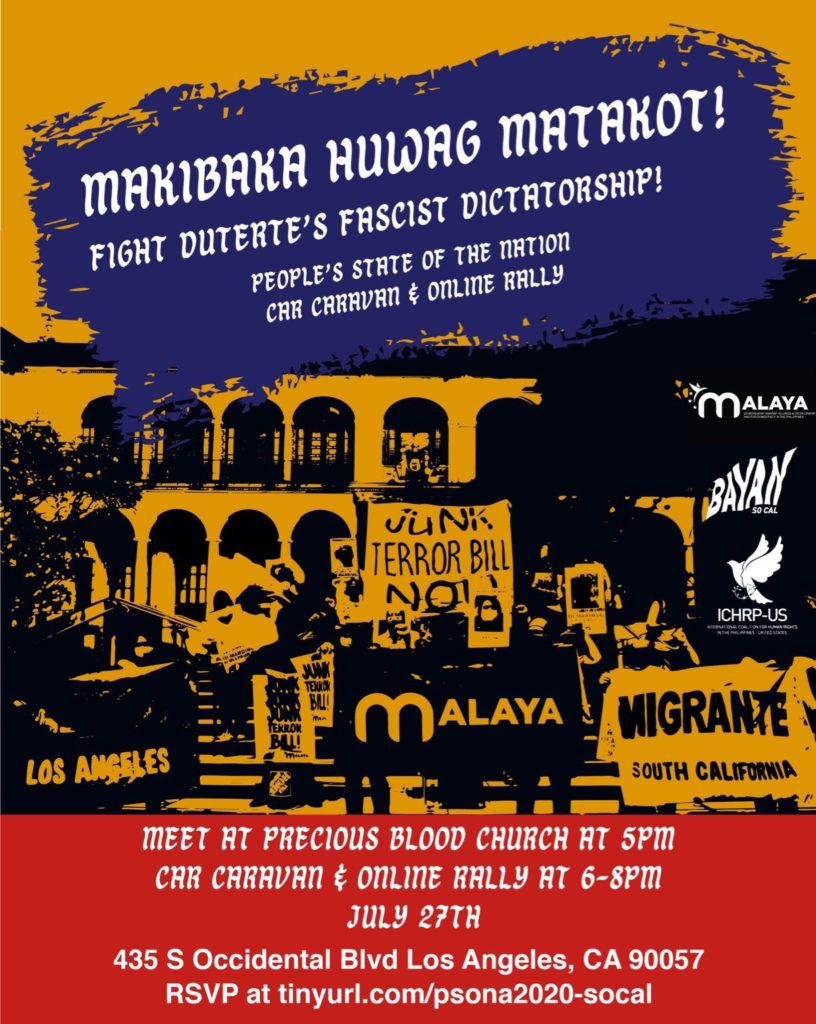 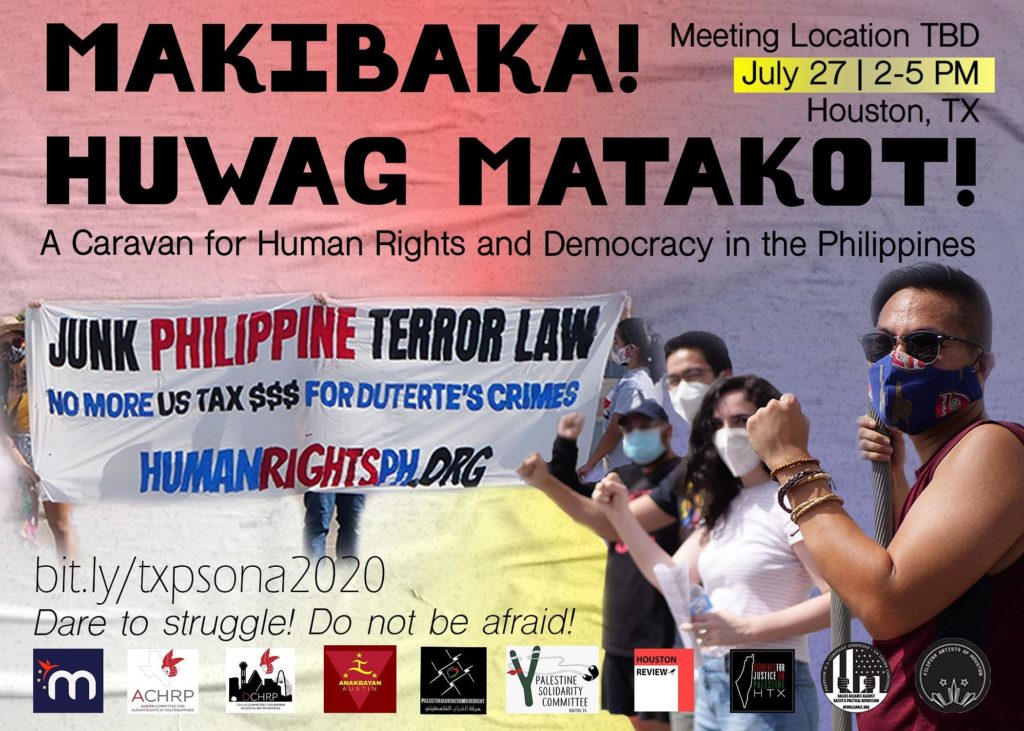 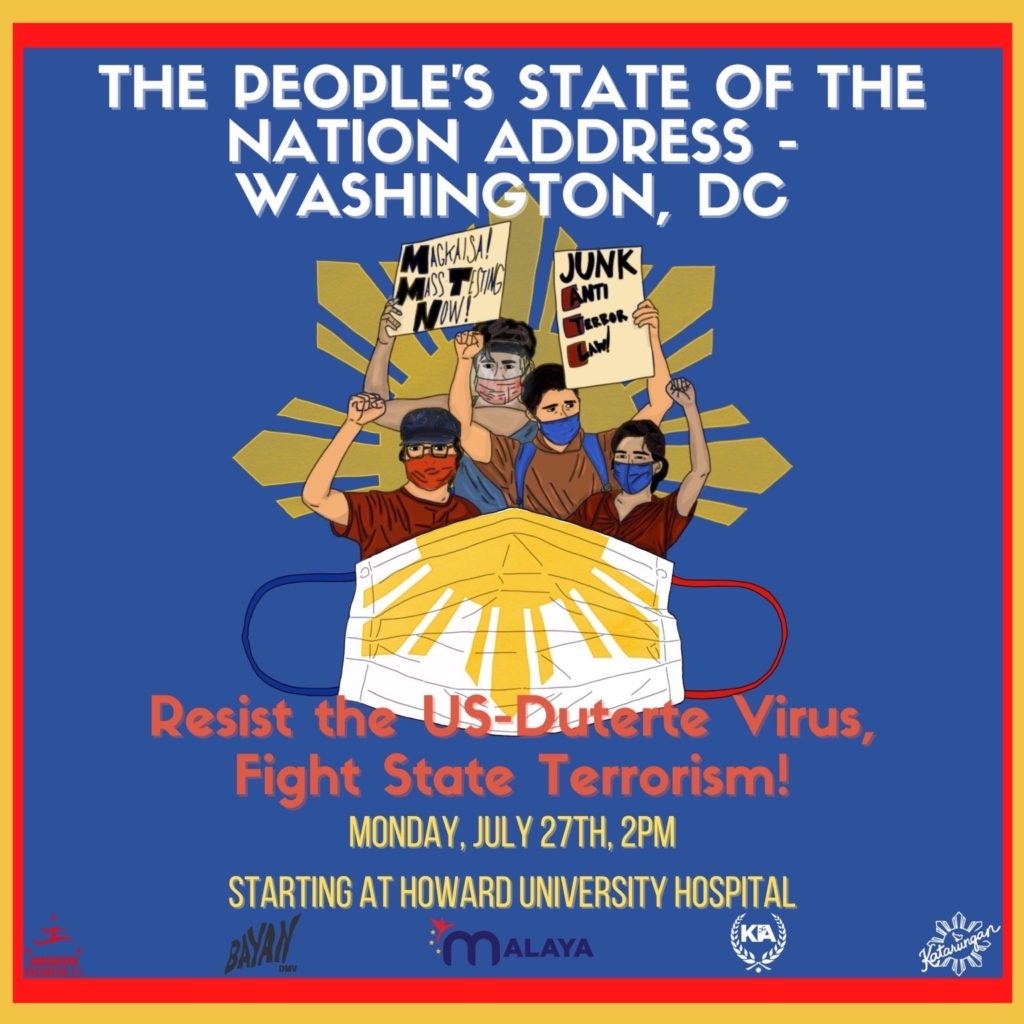 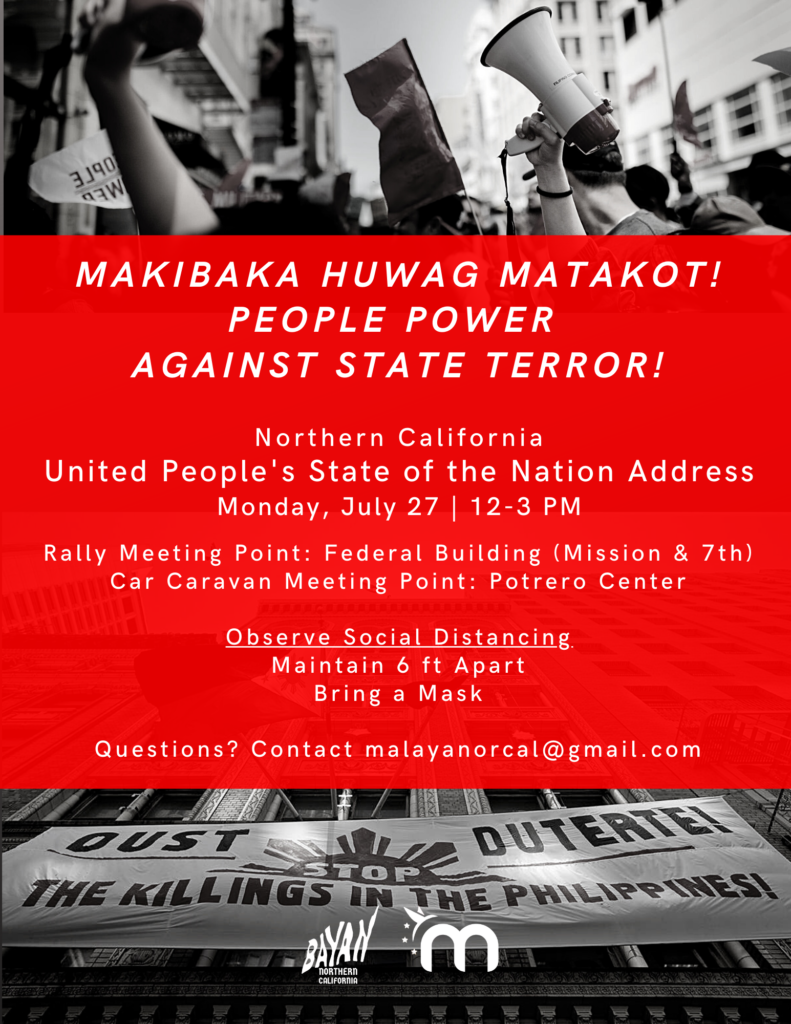 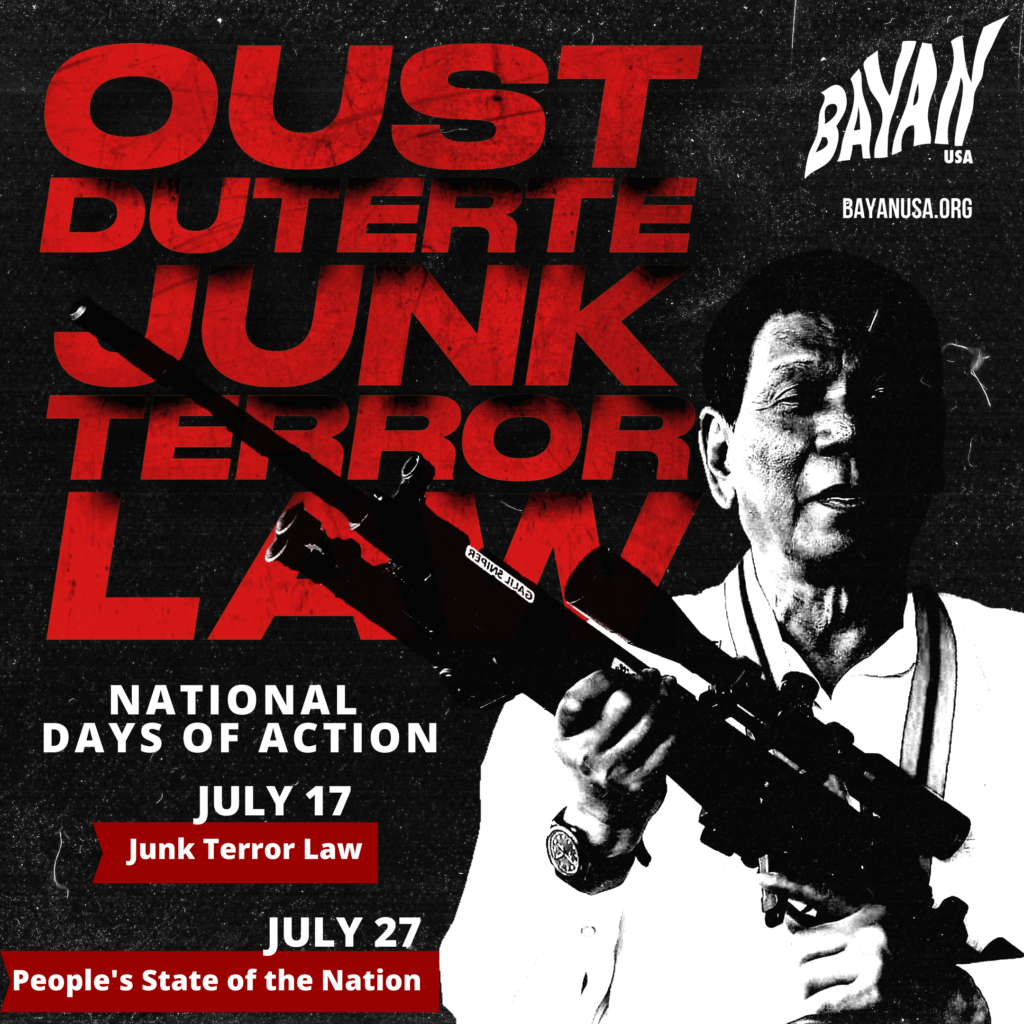 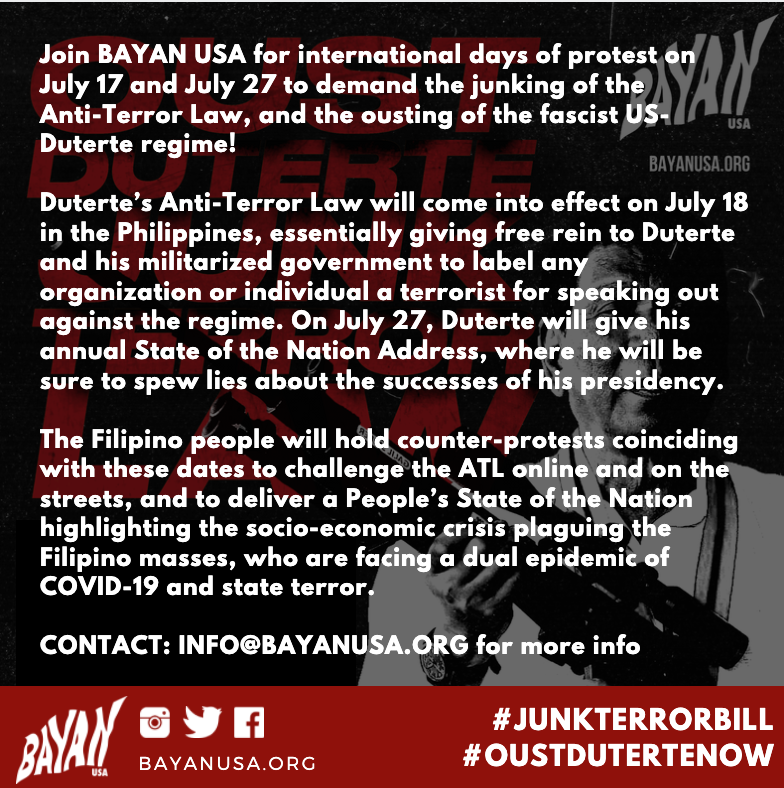