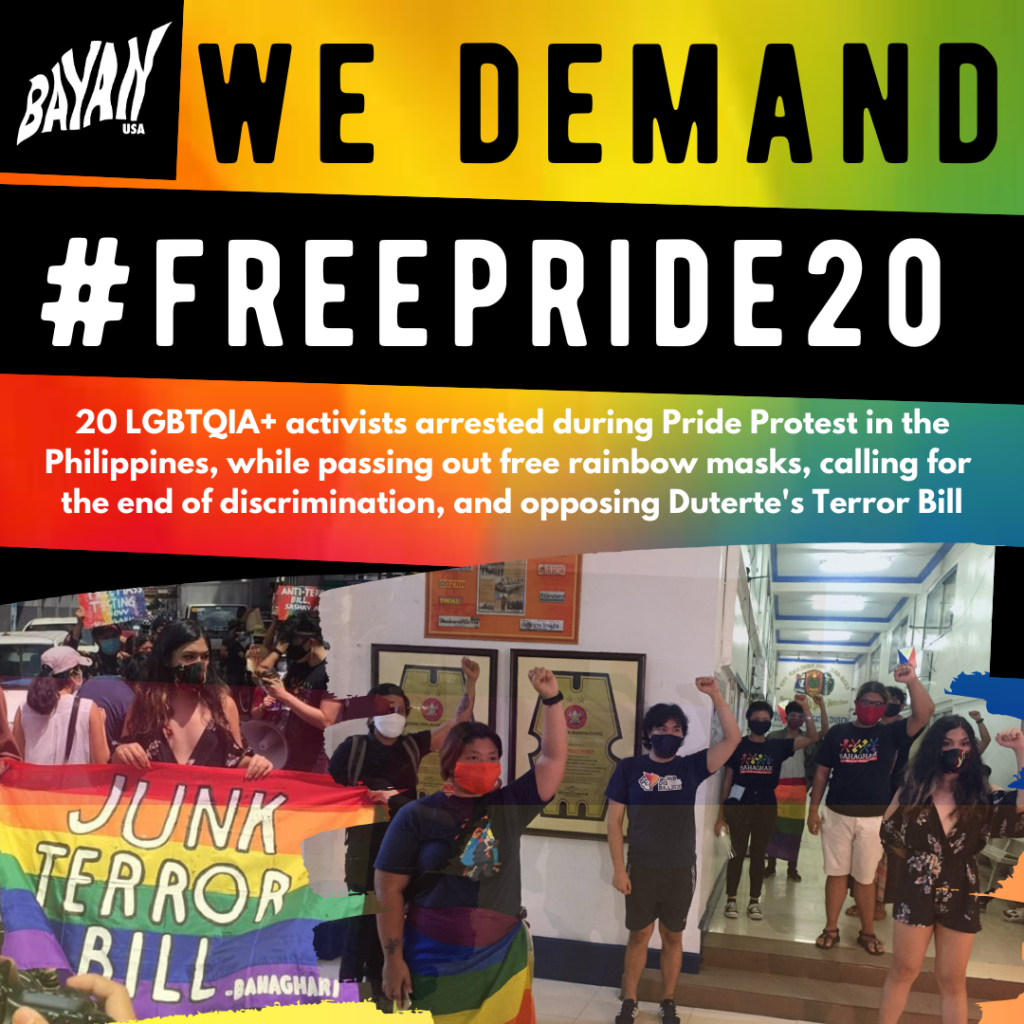 On June 26th, the Philippine National Police (PNP) violently dispersed and arrested 20 people as they were commemorating International Pride Month. GABRIELA Women’s Partylist, Bahaghari, Children’s Resource Center, and Salinlahi Alliance for Children’s Concerns were among the 20. Ten of those arrested are LGBTQIA+ and were calling for free mass testing, non-discriminatory financial assistance for Filipinos affected by the pandemic, and respect for the rights of the LGBTQIA+ community.  In addition, the PNP forcibly commandeered a civilian van, manhandled a staff member of GABRIELA Partylist, and told protesters they would be brought to the District Headquarters.  BAYAN USA condemns this violent attack on peaceful protesters who were practicing social distancing measures and wearing masks while raising their demands for the Philippine government.

The US-Duterte regime’s blatant disregard for people’s constitutionally protected rights, such as the people’s right to peacefully assemble, will only continue to increase if the Anti-Terrorism Bill (ATB) becomes law. This fascist government has been stockpiling human rights violations with more than 30,000 extrajudicial killings, over 41,000 quarantine arrests, and now with the ATB soon to pass into law by July 9th, it will in effect legalize mass arrests of anyone considered a terrorist (as vaguely defined in the Bill), or anyone with “intent” or “inciting” terrorism. BAYAN USA fears that the ATB will cast a wide net upon all those in opposition to the US-Duterte regime as a swift attempt to silence and violently suppress already exploited and oppressed groups, like LGBTQIA+ people. 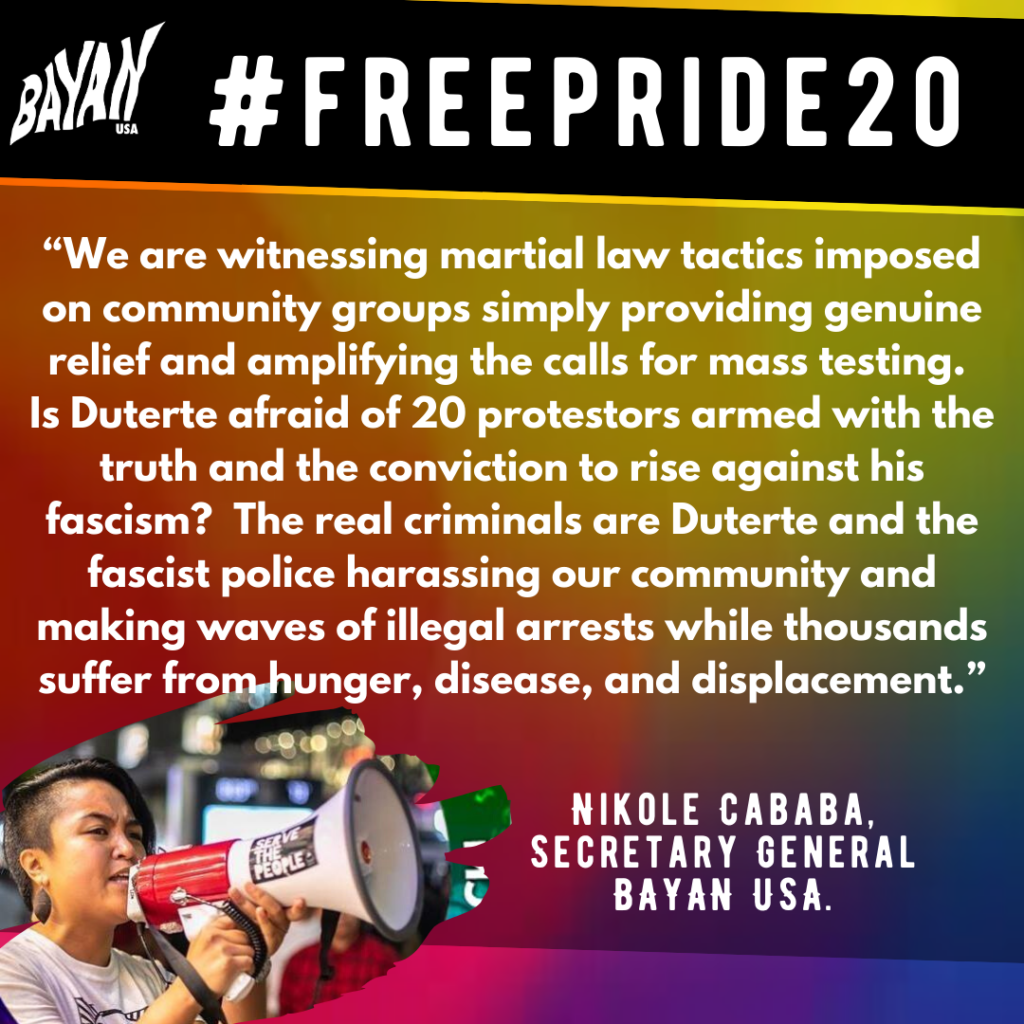 “We are witnessing martial law tactics imposed on community groups simply providing genuine relief and amplifying the calls for mass testing.  Is Duterte afraid of 20 protestors armed with the truth and the conviction to rise against his fascism?  The real criminals are Duterte and the fascist police harassing our community and making waves of illegal arrests while thousands suffer from hunger, disease, and displacement.” said Nikole Cababa, Secretary General of BAYAN USA.

She continued to connect it to the militant history of the Stonewall Uprising of 1969 in New York, NY, “Pride originated as a protest, and must continue as a unifying stand against state violence and terrorism inflicted on LGBTQIA+ communities, until we win full equality, healthcare, livelihood, and genuine liberation for all.”

BAYAN USA calls for the immediate release of the Pride 20 and for all charges to be dropped. We join the call of Gabriela USA: “We urge all who are in solidarity with the struggle against state violence, fascism, and U.S. Imperialism and who stand for human rights, LGBTQIA+ rights, and the liberation of oppressed peoples to join actions against Duterte’s Anti-Terror Bill.” Join BAYAN USA’s call to action against the ATB on June 29th and July 8th. (See call to action for more details).