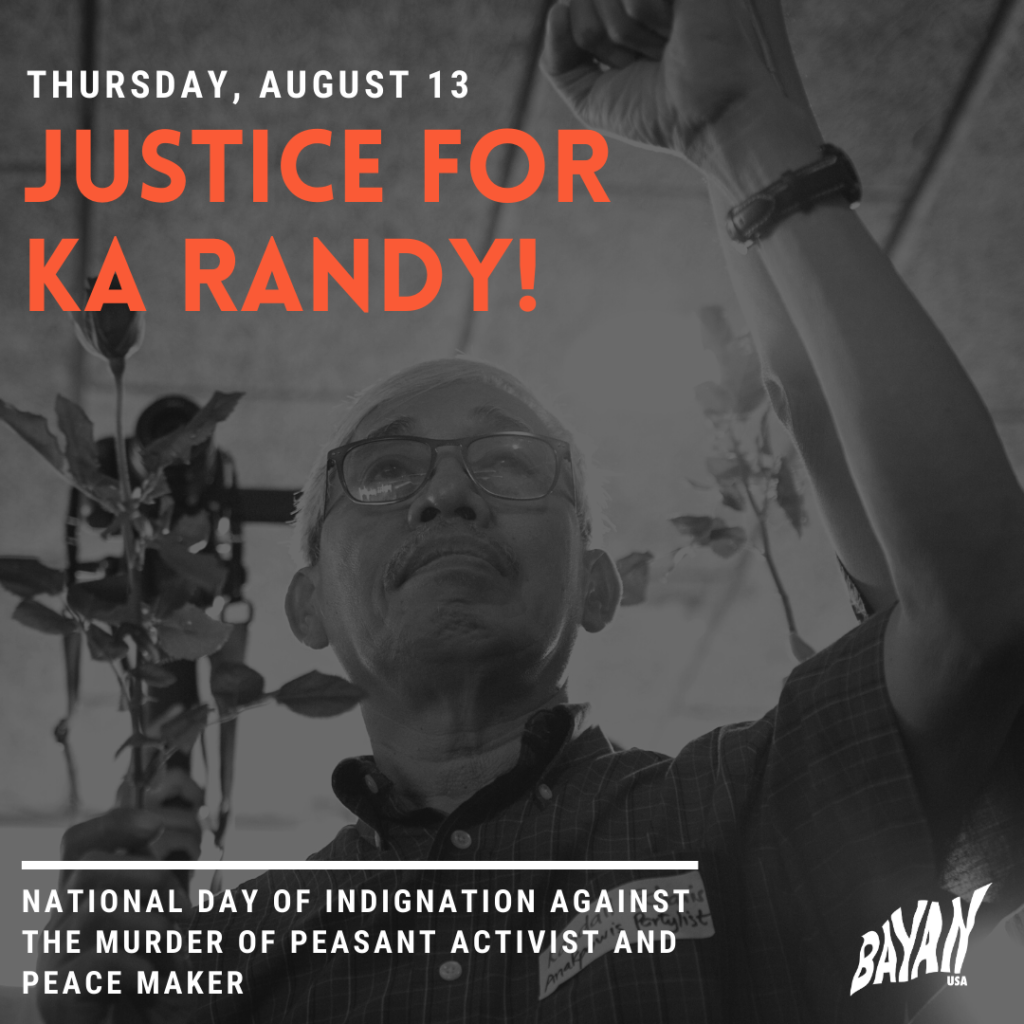 On August 10th, longtime peace advocate and peasant organizer, Randall “Ka Randy” Echanis was brutally killed by the Philippine National Police during a raid on his home in Quezon City. Ka Randy was the national deputy secretary-general of the Kilusang Magbubukid ng Pilipinas (Peasant Movement of the Philippines.) As the chairperson of Anakpawis Partylist, Ka Randy also helped author and advance pro-farmer and pro-people legislation including the Genuine Agrarian Reform Bill.  He also served as a peace consultant for the National Democractic Front of the Philippines (NDFP) and authored the free land distribution content of the Comprehensive Agreement on Socio-Economic Reforms (CASER), a significant part of peace negotiations.

This is the second killing of a national mass leader in the last quarter, the first being Carlito Badion, the secretary general of Kadamay. Ka Randy’s murder in Quezon City proves that even activists in the National Capital Region are not safe under these fascist conditions. This is a clear consequence of the Anti-Terror Law (ATL), which has given elements of Duterte’s fascist regime full reign to silence, red-tag, and murder dissenters of the government.

Though this is a direct attack against the peasant struggle for land, meant to sow fear amongst the masses, it will only ignite more outrage against the fascist Duterte regime.

BAYAN USA will be holding indignation actions across the U.S. with the Malaya Movement among other organizations: 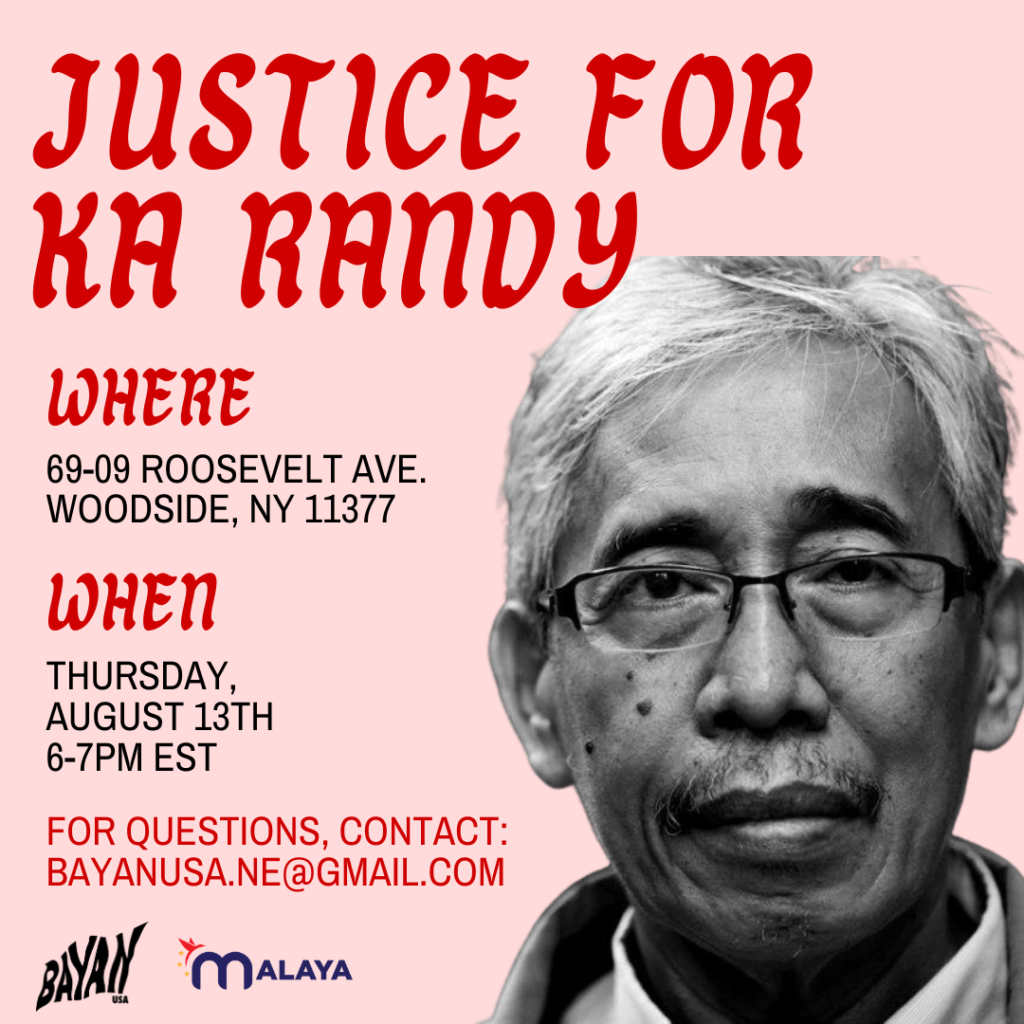 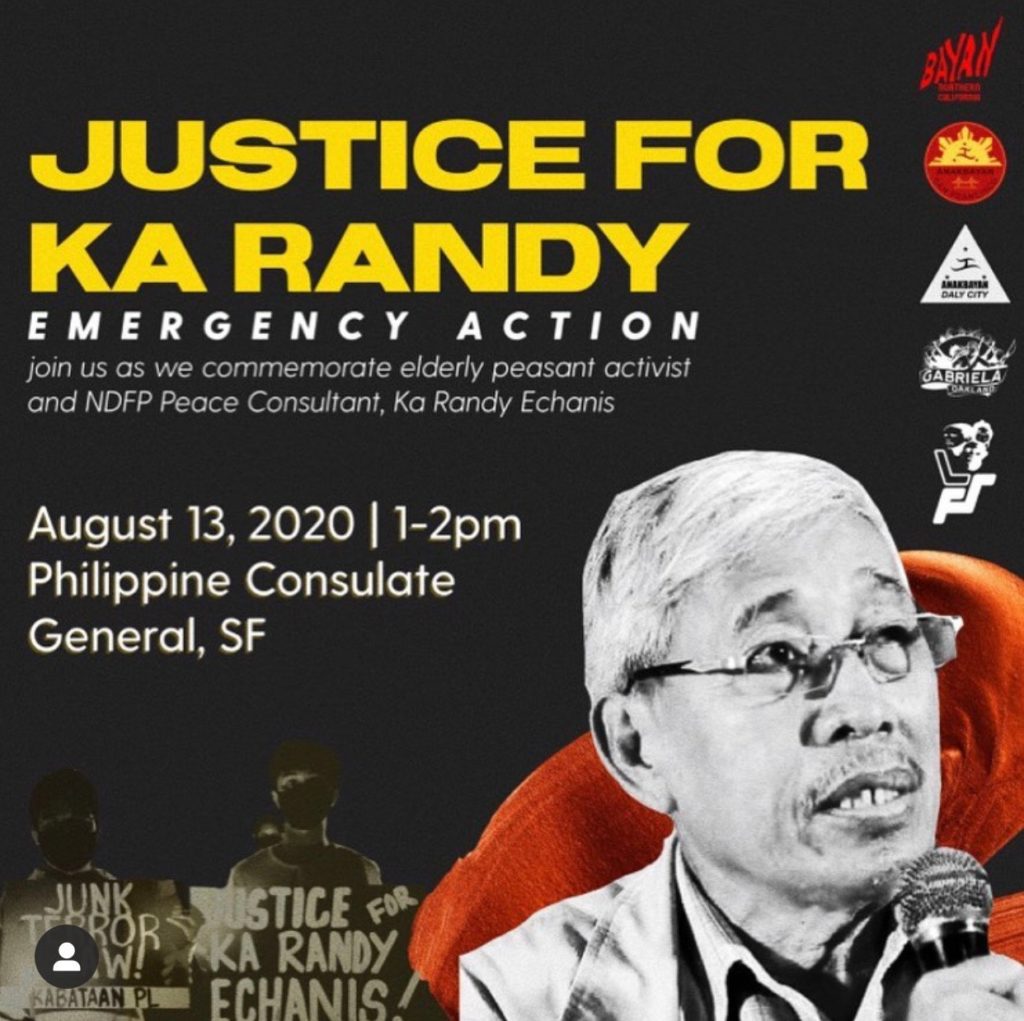 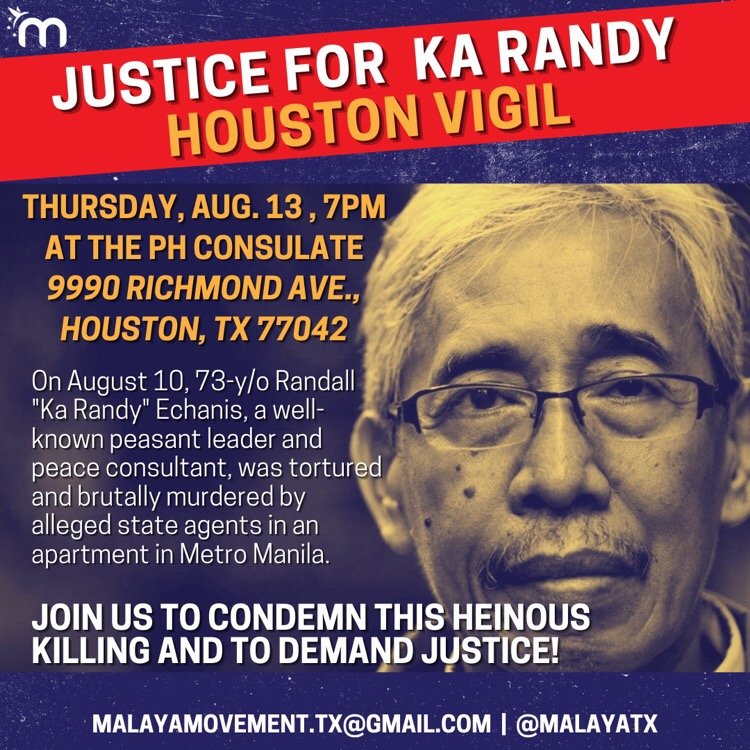 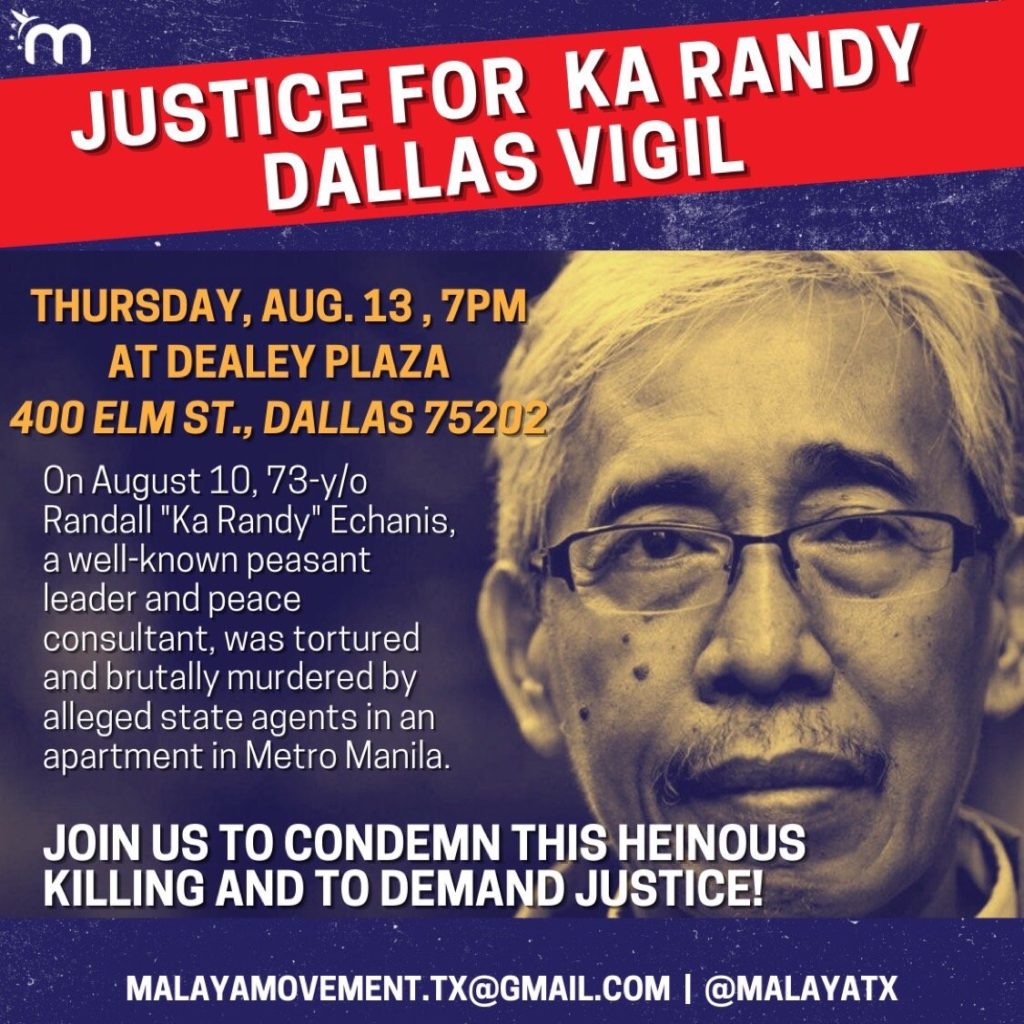